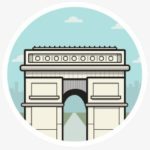 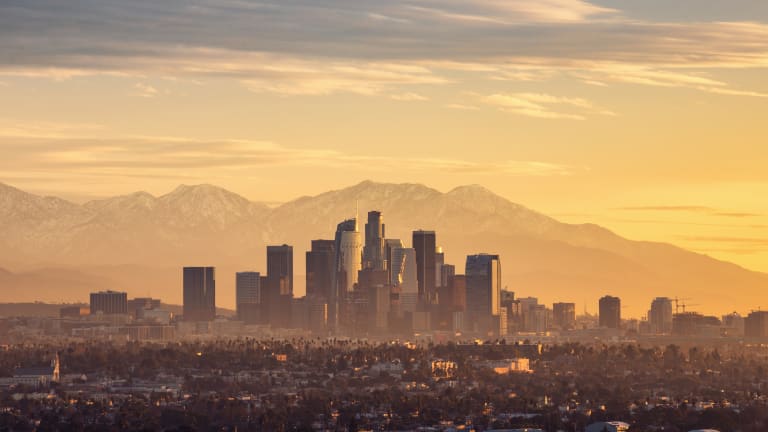 Moving to a big city can be daunting, but moving to a city the size of Los Angeles can be downright terrifying. Never fear! We’re here to help. Los Angeles is a wonderland of unique neighborhoods, Justin Bieber, world-class food, and the weather is glorious. Sure, you’ll probably end up in traffic so bad that it makes you want to drive into the ocean, but it’ll be worth it. We promise.

The Greater Los Angeles area has a population of nearly 18 million people. We’ll let that sink in for a minute—a little bit bigger than you were expecting, right? Luckily, the city is spread out enough that you’ll never feel like it’s that dense (except on the highway).  The metropolitan area includes places you’ve probably heard of, like Ventura County and Orange County, which includes places like Laguna Beach and Anaheim.

The Weather: The Good, the Bad, The Ugly

At it’s best, (and this is 70% of the time) expect warm/hot days and cool nights pretty much every day of the year. It’s a paradise (well, except in winter—then you can expect some rain and cooler temps). The bad is bad. Beautiful with a chance of smog, mudslides, wildfires, and drought. The scariest of these, especially for newbies is the earthquakes. The last major earthquake cost the city billions, and about 50 people lost their lives. Locals will casually mention “the big one”, as in a massive earthquake. Scientists and those in the know, tell us we are due for…any day now.

Los Angeles is typically depicted as a city full of dreamers flocking to make it in Hollywood, and while that certainly is a big part of the L.A. scene, the city’s diversity is also a large draw. Nearly 50% of the population is Hispanic, plus 10% black and 10% Asian—but the laid back west coast style is what everyone has in common. It’s not just racial and ethnic diversity, In a city this large, anything you’re interested in, and any style of living can be easily obtained with a little research. If you’re looking to live a chilled out zen life where you just eat vegan food all day, you can do it! If you want to live in a high rise with the rich and fabulous, spending your evenings at all the trendy clubs and bars, you can do it! The City of Angels has it all.

The worst part about living in Southern California is hands down the traffic. L.A. has legendary traffic jams, so if you are lucky enough, plan your commute to avoid them. Road rage, and spending all your time in your Honda is not* why you moved out here! While there is public transportation, (L.A. has a subway, who knew?) there’s no way around needing a car. It’s possible that with the right location you can survive on Ubers alone, but that’s a big risk. You’ve been warned.

In a city where you can live any way you want to live, you can expect home prices to fluctuate accordingly. Flashier areas of town may cost you well over $2,000 a month, but up and coming neighborhoods can dip as low as $800. Be strategic about your lodging, remember that legendary traffic? Angelenos avoid it at all cost, so that means sticking close to their neighborhoods for social outings.

It is undeniable that L.A. has one of the top food scenes not just in the country, but the world. There’s just no way you can prepare your body for the level of eating possible in the city. Whether you’re looking to try El Salvadorian food for the first time or eat at a restaurant where the food is so modern you can’t tell what’s food and what’s not, Los Angeles has it. Some neighborhoods are more food-friendly than others (Beverly Grove versus Sherman Oaks), but an amazing meal is never far away.

Consistently great weather means you’ll never want to be indoors. Enormous, beautiful parks dot the entire Los Angeles metro area, along with the ocean, obviously. Take a drive to Santa Monica pier and grab some fresh seafood straight from the fisherman. Heck, no matter where you drive, you can find stunning scenery. Stay on the road long enough and you can even head straight into Mexico!

There’s a reason 18 million people live in Los Angeles. It seems overwhelming from afar, but once you’re in it, you can mold it to fit your life exactly, and you can’t ask for more than that.